The Future of Post-Jedi Star Wars 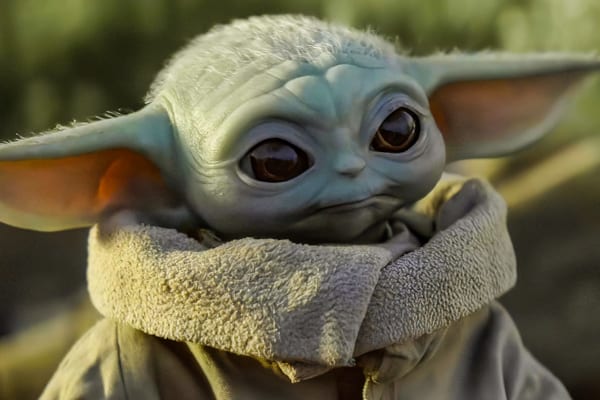 Events in The Mandalorian (and The Book of Boba Fett) are laying the groundwork for the long-term future of Force users in the Star Wars universe as a post-Jedi order with philosophical underpinnings that deviate dramatically from those of the Jedi.

I don’t claim to understand what George Lucas intended to do with the Star Wars movie storylines, but the effect was showing that the Jedi were failures, and that their failure was directly caused by their own doctrine (and may be seen as inevitable).

At the beginning of the first trilogy the Jedi were a powerful (politically and militarily), well established, and respected order. By the middle of the series there are only a handful left and some of the worst threats to life in the galaxy are former Jedi.

What we understand, watching the films, is that the Jedi philosophy is founded on a simplistic notion of non-attachment. They are warned over and over again not to form personal attachments; not to marry; not to care too much about things or people, because caring leads to feelings which lead to the Dark Side. And in Anakin’s character arc this plays out.

He does care, but cares too much, and in toxic ways, which leaves him weak and susceptible to manipulation. The Jedi around him can’t teach him to deal appropriately with his possessive or toxic feelings because their solution (stop feeling) isn’t palatable to him (or realistic for most people). They can’t teach him to have a healthy relationship because they don’t know how.

The consequences of Anakin turning are catastrophic, to say the least. The Jedi take a powerful boy, tell him not to care about things, chastise him when he does care instead of leading him to caring in a healthy way, and are ultimately destroyed by him. Anakin’s turn is made all the more tragic because he was led into it, not by feelings we’d consider bad (greed, anger), but by love.

When your philosophy labels love a weakness, it is doomed.

The Mandalorian philosophy is toxic in other ways (can you say rigid?) but they don’t shy away from caring about each other. Mandalorians work together in groups; care for children; value loyalty and communal feelings above most others.

Clearly, the harshness and rigidity of the Mandalorian love (I can love you, but only as long as you adhere to a strict and somewhat nonsensical code of behavior without fail) is its own weakness, and in a parallel way, the Mandalorians are just as weakened as the Jedi by the time of the events in The Mandalorian.

Din Djarin is Teaching Grogu to Not Be Jedi

The Mandalorian (the show) wasn’t really a retelling of Lone Wolf and Cub, despite the superficial similarities. In that show Ogami Itto remains absolutely true to himself at every step. In contrast, Din is initially reluctant to care for Grogu, to the point of not even being willing to show his face (facial recognition is absolutely key to infant development and the creation of bonding between adults and children). He sees the value in human connection, but at the start it is only as a rigid, formalized connection, and it takes two seasons for him to overcome those beliefs and develop a new, different philosophy towards his love.

Grogu’s own attachment to, and love for, Din is seen as a weakness and a vulnerability by other Jedi, to the extent that Ahsoka doesn’t want anything to do with training him.

What Ahsoka (as representative of the Jedi) fails to see is that Din’s love for Grogu (and vice versa) is healthy in a way that Anakin’s less mature feelings for Padme is not. Din truly cares for Grogu selflessly. He demonstrates this in the most specific way possible – by giving up Grogu for his own good.

This is the kind of action of which Anakin was incapable. Non-toxic love gives Din the space to actually take care of Grogu, do the right thing for him, and deal with the sadness that results.

Grogu’s feelings for Din make him stronger as well. It is only with Din’s encouragement that Grogu is able to practice his Force powers.

Grogu will never be able to accept the Jedi notion that attachment is bad because he has seen, firsthand, that attachment can make someone stronger; enable them to be strong enough to do the truly good thing that is best for everyone. All because Din modeled this for hm.

And Din will never be able to truly internalize the notion that showing his face to Grogu, this final manifestation of his love for the child, is a bad thing. He wants to fit in with the other Mandalorians, but his heart isn’t really in it anymore.

Grogu will Form a New Type of Jedi

I don’t have any inside knowledge to the Star Wars development team. However, it seems clear that Grogu will never be a ‘real’ Jedi. As he grows he will reject the Jedi notion of non-attachment and seek to find a way to gain strength (and resistance to the Dark Side) through healthy attachment. He will seek to teach people to care about others in unselfish ways; ways that essentially include fighting for the well-being of those others.

I have no idea if this new philosophy will be the underpinning of a new thing that is called Jedi or called Mandalorian or if it will be called something new. Regardless, it will be a new thing.

Imagine an order of Force users that celebrates healthy relationships. That has big, colorful weddings. That encourages healthy family development. Teaches people to love and grow and draw strength from their bonds. Acknowledges the drawbacks of attachment but learns to deal with them.

Will those future force users have vulnerabilities? Sure. Loving things does have that effect. But being able to love without censure will also strengthen these force users from the lure of the dark side.

Yes, I’m saying that if Anakin had been encouraged to have sex with Padme, the whole Darth Vader thing could have been avoided, his turn to the Dark Side, prevented, and the galaxy saved before it was lost.

But I’m not saying that it is ONLY or even primarily sexual relationships that strengthen people. Din’s feelings for Grogu are parental, for example (I don’t care what you’re shipping. Also ew.)

In the end, the pivotal moment in the Star Wars universe will be Din voluntarily giving Grogu to Luke at the end of season 2. That’s the moment that shows love transcending possessiveness, that shows caring leading to true strength, and that will lay the foundation for Grogu’s future.

I’m excited to see it play out.